My 16 year old daughter Adrianna was a 4.2 GPA honor roll student and Class President at Valley Christian High School in San Jose, CA. in 2009. My husband, son, my daughter Adrianna and I went to Groveland, CA., 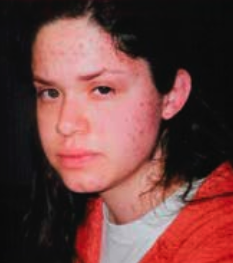 which is approximately 30 miles from Yosemite National Park on a 3 day camping trip at the end of December, 2009. From that weekend on Adrianna and our lives were changed forever. Ten days later she was completely psychotic.

It was the first week of January, 2010 and Adrianna began having trouble sleeping with insomnia like symptoms. She began going to school with only 2 or 3 hours of sleep. She began missing school because she would be up all night. It was very unusual for Adrianna to miss school because all through high school, she had perfect attendance. As the next few days progressed she could not focus anymore. She was pulled out of her class and into her counselor’s office, as she was “hearing voices” and “seeing shadows.”

We had been taking care of Adrianna now around-the-clock at home for several weeks.  Doing this became very tiring and exhausting.  We knew she needed medical attention.  Our insurance carrier, an HMO, advised that she be placed in a psychiatric facility for a 3 day observation, which later turned into an 8 day stay.  The psychiatrists attending her told us that she was “psychotic” and medicated her with Seroquel and Respiradol, both anti-psychotic drugs for a period of 10 weeks.  The prescription drugs had many side effects, one of them being acute acne. 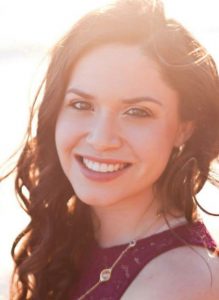 My breaking point was when the psychiatrist again insisted “Let’s up the dose” as she shriveled down to 105lbs., from all of the prescription drugs and their side effects. I immediately chose to look outside of my HMO for an answer. I went into great debt seeing over twenty five doctors including psychiatrists, psychologists, psychotherapists, acupuncturists, chiropractors and Ayurvedic health care professionals searching for an answer. 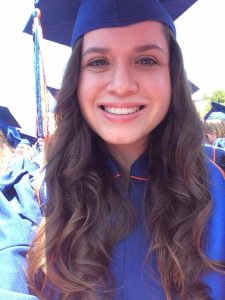 By the grace of God, Dr. Brian Goldman M.D. from the Amen Clinics in Ca. was the doctor who made a clinical evaluation, along with SPECT imaging and suspected Lyme disease.

Testing for Lyme Disease for Adrianna was done by Igenex Laboratory, in Palo Alto, CA. 1(800)832-3200  She tested positive.  Lyme Disease is a bacterial or viral infection contracted from a tick, spider or mosquito bite.  Although this disease very seriously affected her mental health, I was extremely grateful that Adrianna was finally diagnosed correctly.  She had Lyme Disease along with two co-infections.  She had been (mis)diagnosed as “psychotic.”

Adrianna was placed under the care of Dr. Raphael Stricker M.D. located in San Francisco, CA. 1(415)399-1035  He is an expert in treating people with Lyme Disease.  She missed 18 months of high school battling Lyme Disease.  She is 100% fully recovered and restored after taking 18 months of large doses of three different antibiotics and with probiotics.

She returned to high school and fulfilled all of her graduation requirements and graduated from Valley Christian High School.  After high school, she was accepted into several private and public universities.  She attended her first choice, Pepperdine University and graduated with a B.A. in Communication. In 2020, Adrianna completed her Masters Degree in International Human Resources Management. She is currently employed in the Silicon Valley tech industry in Global HR management.

I have established Lyme Disease Awareness Foundation in order to help others who cannot afford the expensive Lyme testing fees.  This foundation is also raising awareness to all communities of the dangers of being bitten by tick, spider or mosquito.  Much too often, people are (mis)diagnosed with many other illnesses.

Thank you for your support and taking your time to read our story. Your donation is 100% tax deductible and alleviates the financial hardship on those who cannot afford expensive Lyme disease testing not covered by insurance.

This foundation is run 100% by volunteers and any donation helps and is welcomed.